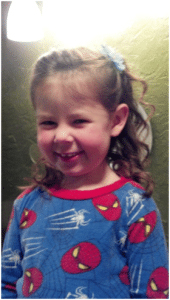 "My daughter had allergy type symptoms from a very early age - runny nose, breathing issues and coughing. She had never actually been diagnosed with any specific problem, the doctor just told us she had “the crud” and she would get over it with meds. She never would get 100% better so she was given Benadryl almost daily to try to dry up her runny nose and coughing. She always had a low grade fever and had Tylenol most days. She also battles extreme Eczema and uses prescription medication when she has a break out. She also had horrible digestion problems. Since beginning her treatment with Dr. Chad, she has not had to take any medication for allergies or digestion issues.

Also, she has only had two Eczema breakouts instead of one to two a week.

Everything Dr. Chad said would happen, has. Her body has learned to fight on its own and she says Dr. Chad makes her neck feel much better!

Thank you Dr. Chad, I was a non-believer turned believer!"